Articles from the Blog

Five of the Most Influential German Authors [Infographic] 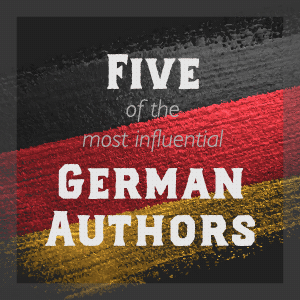 Germany has produced some of the finest artistic and intellectual minds in the Western world, from Beethoven and Bach to Einstein and Kant. Perhaps there’s no better way for non-Germans to understand the German psyche than to read some of the finest books by the greatest German authors. Who are these authors, you may ask? Although there are hundreds of awe-inspiring artists to read from the canon of German literature, today we’ll take a look at five of the greatest German authors. Get a sneak peek by checking out our infographic, or scroll down below the infographic for full details […]

Five of the Best French Authors 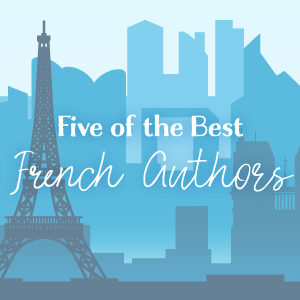 From the Medieval poem La Chanson de Roland to the modern day author Michel Houellebecq, French authors have produced some of the most daring and influential works of European literature. But you don’t have to take our word for it. Indeed, France still holds the world record for the most Nobel Prizes for Literature! Not only does France produce great artistic minds, it attracts them too. As you probably know already, many of America’s finest authors “found their voice” in a Parisian café (e.g. Ernest Hemingway, Henry Miller, Ezra Pound, and more). In this list, we’ll take a look at five of the best […]

The 19th century was a special time in American literature. Sometimes referred to as the American Renaissance, this era produced some of the finest American authors ever, including: Walt Whitman Herman Melville Emily Dickinson Edgar Allan Poe Nathanial Hawthorne One name that inescapably makes its way onto the lists of American canonical writers from this period is Henry David Thoreau. Famous for both his interesting lifestyle and his contemplative essays, Thoreau was a major critic of progress and technology and a strong supporter of individuality, political activism, and the natural world. In this article, we’ll explore why this Concord bachelor […]

Along with James Joyce and William Faulkner, Virginia Woolf is considered one of the undisputed masters of “stream of consciousness” writing. Born in England in 1882, Woolf’s legacy far outlasted her short life, and her immense oeuvre continues to inspire artists, especially female writers, around the world. Photograph of Virginia Woolf, via Wikimedia Commons All of the greatest Virginia Woolf novels challenge how we think about the nature of human perception with their experimental prose and non-linear plots. Her work has also exerted and immense influence on feminist critics and historians who’ve worked hard to uncover an unbiased history of women in the Western […]

Along with Homer’s Iliad and Odyssey, Virgil’s Aeneid, and Milton’s Paradise Lost, Dante Alighieri’s Divine Comedy is one of the indispensable epics in the Western Canon. Without a doubt, the Divine Comedy is the most important literary work produced during the so-called “Dark Ages.” But don’t think Dante’s work is just a historical curiosity that has no bearing on how we live nowadays. Dante’s words and images still have the power to profoundly move 21st century readers. Indeed, many Italians still call Dante “il Sommo Poeta” (which means “The Supreme Poet”) or simply “The Poet.” With an epithet like that, you […]

The British novelist Jane Austen only published four novels during her brief lifetime. Despite the rather small oeuvre of Jane Austen novels (six major novels, including two posthumously published works), nobody doubts Austen’s status as one of the greatest writers in the English language. Portrait of Jane Austen, via Wikimedia Commons Indeed, Austen is one of those rare authors beloved by both critics and the general public. It might seem strange that people in our technophilic 21st century would be at all interested in Austen’s “novels of manners” set in Regency England. However, every time a new film based on […]

This John Steinbeck quote comes from his 1952 novel East of Eden. East of Eden by John Steinbeck Published in September 1952, East of Eden follows several generations of two families whose stories intertwine: the Trasks and the Hamiltons. Set in the Salinas Valley of Central California, the setting is as much a character as any person in the novel. The story begins on the ranch of Irish immigrants Samuel and Liza Hamilton. While their land is notoriously infertile, the nearby lands are lush and productive—and it’s these lands that purchased by the wealthy stranger Adam Trask. Adam moves to […]

Even people who aren’t into literature know the name Victor Hugo. Although less critically acclaimed than fellow French novelists like Balzac or Stendhal, Victor Hugo novels continue to resonate with readers around the world. Thanks to the various stage and film adaptations of his most famous novels, the modern world is being introduced to this Romantic literary giant in a whole new light. Victor Hugo, via Wikimedia Commons For those interested in learning more about Hugo, read on! We’ll explore this great Frenchman’s long and turbulent life as well as introduce you to some of his finest works of fiction. […]