Articles from the Blog

The Life and Work of Alice Munro, “Canada’s Chekhov”

Although Alice Munro is undoubtedly one of Canada’s most decorated authors, she’s still relatively unknown outside of her native land. Literary critics have differing opinions as to why Munro’s superb short story collections only become best sellers in the Great White North. Some believe Munro’s relative unpopularity has to do with her medium of choice: the short story. Others believe it’s harder for non-Canadian readers to relate to the Canadian settings of Munro’s tales. Whatever the reason may be, fans as prominent as Jonathan Franzen are desperately trying to convince more people to dive into the work of Alice Munro. If you’re […]

If you’re here to dive into the best Wuthering Heights quotes, you may be surprised to learn that this now-classic novel was far from successful when it was first released. Published in 1847 by English author Emily Brontë (1818-1848), Wuthering Heights was quickly denounced as “strange,” “disagreeable,” and “confused.” Fast-forward over 150 years…and it’s safe to say that Emily…

Posted by Eric Esposito on May 18, 2019
Classic LiteratureQuotes

The debate over which Jane Austen novel is the “best” will most likely continue until the polar ice caps melt. One thing all Janeites should concede, however, is that Pride & Prejudice will always remain Austen’s most popular work. Heck, Pride & Prejudice is so popular it has been filmed at least 11 times, including a successful vlog series called the “Lizzie Bennet Diaries”…

16 Huckleberry Finn Quotes Everyone Should Know

Posted by Eric Esposito on May 12, 2019
AuthorsQuotes

Of Mark Twain’s 28 full-length books, The Adventures of Huckleberry Finn (1885) always stands out as his supreme achievement. Beyond its importance as a classic boy’s adventure tale, this oft-challenged book raises significant questions about racism, religion, violence, right versus wrong, and the nature of freedom. As Huck, Jim, and the other characters go downriver,…

Five of the World’s Most Prolific Authors

Higher quantity doesn’t always translate to higher quality…but a huge body of work is still pretty impressive! The task of composing a coherent plot or poem, let alone adding higher aesthetics to the work, requires a great deal of dedication. There are a few rarely prolific authors who’ve been able to both produce boatloads of texts that are both critically and commercially successful. In the list below, we’ll take a look at five insanely prolific authors that have left an indelible mark on the history of literature. Five Prolific Authors You Need to Check Out Isaac Asimov Russian-born author Isaac Asimov is […]

Even in English translation, Russian novelist Fyodor Dostoyevsky‘s works pulse with the terror and ecstasy of the human soul. But don’t take our word for it. In her essay on Russian literature, British author Virginia Woolf wrote this: “The novels of Dostoevsky are seething whirlpools, gyrating sandstorms, waterspouts which hiss and boil and suck us in.” She went on to say that the only author more powerful than Fyodor Dostoyevsky was Shakespeare. While some authors (most notably Vladimir Nabokov) can’t stand Dostoyevsky’s frenzied style of composition, no one can deny his immense influence on 20th and 21st century art and […]

From Confucius to the Communists: Five of the Best Chinese Writers

No other civilization in the world has endured as long as the Chinese. Despite wars, famines, revolutions, and imperialism, the Chinese have been able to retain their language and cultural heritage for some 5,000 years. With China’s rapid economic development in the 21st century, it’s clear that this nation will be a major player in global politics for the years to come. And one of the best ways for outsiders to dip into the mind of the Middle Kingdom is to take a look at the nation’s best writers. Of course, it’d take a few pretty thick books just to […]

Beauty and the Beast: Differences Between the Book and the Movie (2017) 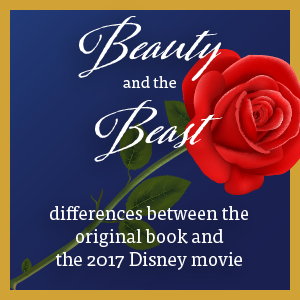 21 Peter Pan Quotes About Fairies, Flying, and Growing Up 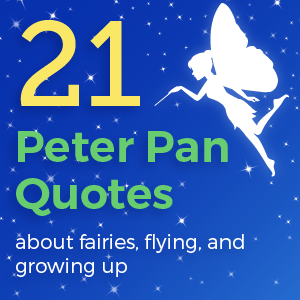 For the last century, children and adults alike have taken immense pleasure from Peter Pan, a tale of adventure, fantasy, and never-ending childhood. Also known as Peter Pan; or, the Boy Who Wouldn’t Grow Up and Peter and Wendy, Peter Pan was written by Scottish playwright and novelist JM Barrie. First published as a play in 1904 and then as a full-length novel in 1911, the story tells of Peter and his many adventures on the island of Neverland. Filled with fairies, villains, mermaids, and friendship, Peter Pan remains one of the most beloved stories today. Here’s a selection of […]

The King of the Jazz Age: F. Scott Fitzgerald’s Life and Times

Just like Mark Twain before him, F. Scott Fitzgerald both literally and symbolically defined an age in American history. While Twain coined “The Gilded Age” to describe late 19th-century America, Fitzgerald popularized “The Jazz Age” for the 1920s. Although Fitzgerald’s name is inextricably linked to that era of bootleggers, speakeasies, and flappers, his fiction is so much more than a historical relic. The lyricism of Fitzgerald’s prose and the profound themes his works explore have earned him a spot alongside greats like Henry James, Faulkner, and Hemingway. To get a better understanding of the man behind the greatest “Jazz Age” […]